Unleash non-stop entertainment and gaming with the Archer C2300, which delivers up to 2300 Mbps of powerful Wi-Fi. With a leading-edge 1.8 GHz dual-core 64-bit CPU and powerful XStream processing architecture, this router is engineered for performance. MU-MIMO lets the router talk to several smartphones, laptops and other devices at once for less waiting and faster Wi-Fi performance. 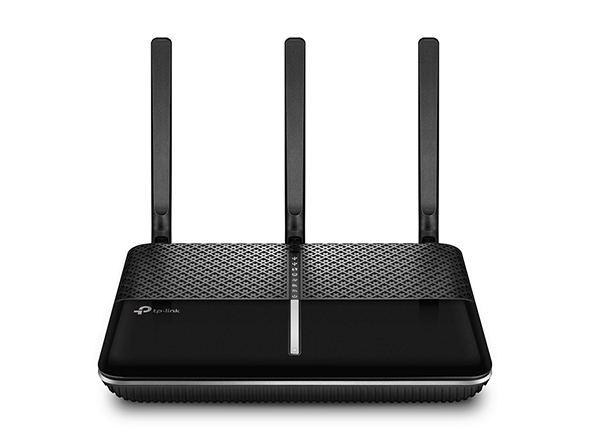 With XStream processor architecture, the Archer C2300 dedicates one processor to each of its Wi-Fi bands. These processors handle Wi-Fi traffic, freeing the router’s powerful 1.8 GHz dual-core 64-bit CPU to take care of everything else.

All this extra brainpower keeps your Wi-Fi running smoothly so everyone in your home can enjoy what they love most, whether that’s watching Netflix, gaming online, streaming music or all of the above.

HomeCare for Protecting Every Device

Automatically protects every Wi-Fi device in your home, including smart devices and gaming consoles, from viruses and hacking.

MU-MIMO lets the Archer C2300 talk to several devices at once, and Smart Connect automatically places each device on the best available Wi-Fi band. With both working together, everyone can hop online at the same time without having to wait, and each device can always get the best connection.

RangeBoost and Beamforming for Far-Reaching Wi-Fi

RangeBoost amplifies the router’s ability to detect and receive Wi-Fi signal from devices that are located farther away while beamforming locates Wi-Fi devices and focuses the router’s wireless signal toward them instead of sending it in all directions at once.

With both features, the Archer C2300 lets you stream, game and enjoy what you love anywhere in your home, from your favorite spot on the couch to the comfort of your bed.

We’ve all encountered slowdowns when multiple devices are trying to connect to Wi-Fi at the same time. Phones, laptops and tablets using older Wi-Fi standards can slow down your home network. With Airtime Fairness, the Archer C2300 equally divides attention between newer and older devices improving overall Wi-Fi performance and reliability without letting older devices limit your network.

Team two of the four Gigabit LAN ports for a single device for a faster wired connection with a combined speed of up to 2 Gbps. Double the connection speeds to a Network Attached Storage (NAS) for even faster streaming and data backups than ever.

Update and Control from Your Phone

Set up and manage your Wi-Fi through the TP-Link Tether app, available for both Android and iOS. Tether’s simple layout lets you quickly access Wi-Fi settings such as guest privileges, scheduling, the latest firmware updates, and device management right from your smartphone.

There are no reviews yet.

Chat with US
Start a Conversation
Hi! Click one of our member below to chat on Whatsapp
The team typically replies in a few minutes.
Contact
Whatsapp